Discovering the Ideologies of Cogtopolis 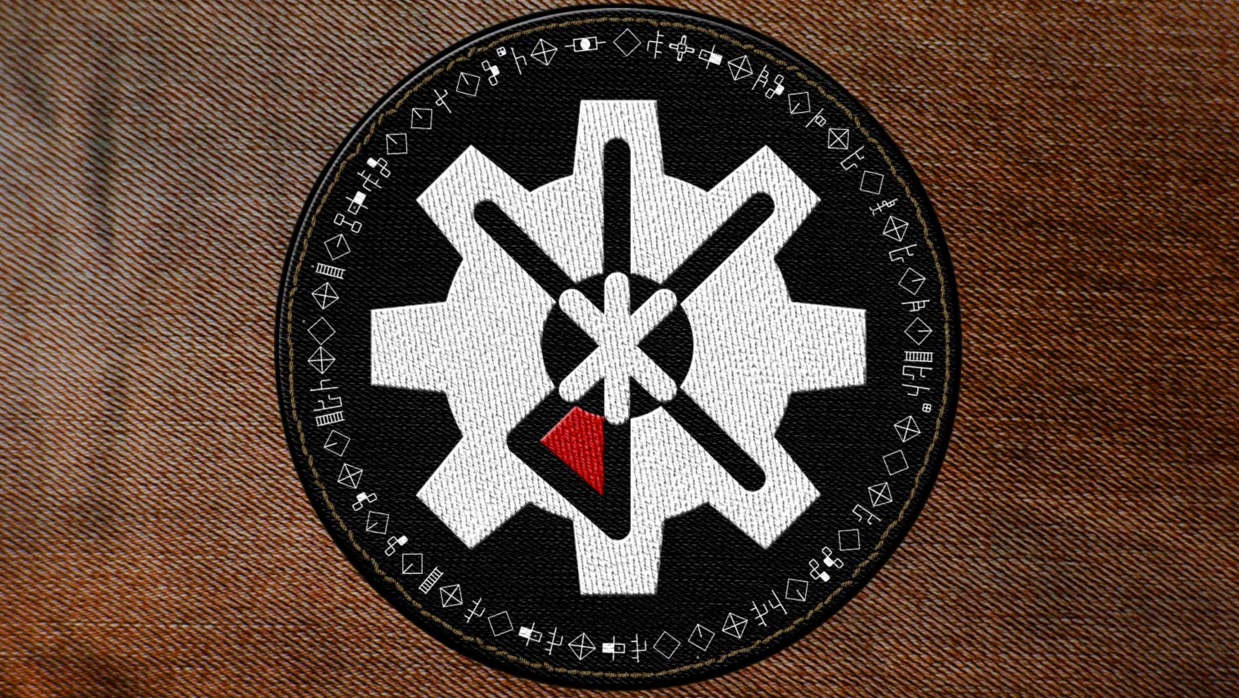 The Nightkeeper Insignia. Worn by all swore-in brethren with pride.

Bad guys. It’s all too easy to craft some rip-off, intrinsically evil, “dark lord” or a faceless oppressive regime as the antagonist in your story. But what we wanted to do in “The Clockwork Fable” was really create the structure of conflict and, as such, we devised the two opposing religions in Cogtopolis. The logic behind the “Nightkeepers” is that in a civilisation that exists underground, following an apocalyptic event, people would eventually turn to worship the darkness as their saviour. Obviously this inverted Christian symbolism works thematically, the dark associations with evil, Star Wars, Dark side, blah blah blah… but I genially believe that such a belief system would establish itself in reality should the Sun be obscured by a Nuclear Winter.

I imagine the Nightkeepers were once benign, literally celebrating still being alive and thanking the dark bowels of the earth for their very existence, but as with many ideologies, it eventually became twisted to suit the needs of the few. I imagine the Shadowmas, the celebration whereby the events of TCF transpires, is a vestige of when the religion was still benevolent… there is at atmosphere of community and festivity amidst the everyday people of the city. However, this occurs on the periphery of the action. We can hear through speech and song how the Nightkeepers have become a religious militia, enforcing their doctrine by force… their direction and purpose twisted and dictated without their realisation, by the Primarch himself.

Of course, musically, this lends itself to a grand theme; you can hear it symphonically, as a monolithic Sabbath-esque riff and as a synth melody played out throughout the entire album. It’s a simple, yet great, motif and probably is my favourite recurring theme on the album.

Of course the Nightkeepers would be nothing without their opposition; the “Wardens of the Light”… so let’s take a little ‘topolis history lesson…

There were few that believed that the troubles that plagued the surface would return to the underbelly of the earth with such reckless frequency. Namely: religion, famine and war.

Cooped up amidst the darkness, desperate and defeated, two distinct belief systems developed within Cogtopolis neither of which were willing to conceit over their visions for the future of mankind.

In the beginning, formed amidst the dingy, crowded burrows of the first excavators, came The Wardens of the Light. Their symbol, an all-seeing eye emanating a radiant sun, was a symbol of hope.

The Wardens clung to the faith that one day life would return to the surface. That a life, still lingering in the memory of the old, would once again be theirs.

Years passed. Fuelled by hope, the city grew. Banners carrying "the eye" spread far and wide, from the highest 'Scrapers, to the lowest dungeons. Thus, on the final day of construction, the Wardens unveiled their last gift to the City: The Aperture.

Second only to The Great Cog, the Aperture was a marvel of engineering. Both the door and the window to the surface. At its centre, a tremendous lens, focused by two intricate gears was positioned, waiting for the day the sun returned to flood light down onto the city below. A shining beacon of mankind's hope.

But it was a hope short-lived.

With each year of darkness the shadow of doubt grew and grew.
There were some that believed that the sun had vanished and would never return. The true saviour of mankind was the dark that housed and protected them from the surface. They called themselves Nightkeepers.

Seizing the Domicile Tower by force, the battle between the two factions was short, yet the war lingered on. Decreeing themselves guardians of Law and Justice in Cogtopolis, it became Heresy to speak of the Sun's return.

One by one the Wardens fell and the Nightkeeperstightened their dark grip on the city. Blinded by the Shadowmas, a Nightkeeper Festival celebrating the death of the Sun, there were few that opposed their doctrine. Their minds clouded by festivities and Turnip Mead. Their spirit all but crushed.

Fearing that the Nightkeepers would achieve their goal, and imprison mankind in the bowels of the earth for all eternity, the last remaining Wardens clambered to the Aperture, prising away the two controlling gears: The Alpha and Omega Wheels. For what can open can also seal the door to the surface.

In a matter of moments, the metal rings of the lens shuddered to a close.
Should the Sun ever return, the Brass-Bound citizens of Cogtopolis would never know.

And yet, all was not lost.

The Alpha and Omega had vanished. Despite a century of searches and crusades by the Nightkeeper Pastors, their location remained a secret. The door to the surface remained safe.

And thus it remained until this day.

Well… That’s the bad guys for you! I knew we could get an evil empire in there somewhere, yet everything is not entirely as it seems! Hopefully that whets your appetite for some of the dramatic conflicts in the fable… more behind-the-scenes musings on the rest of the world coming soon!