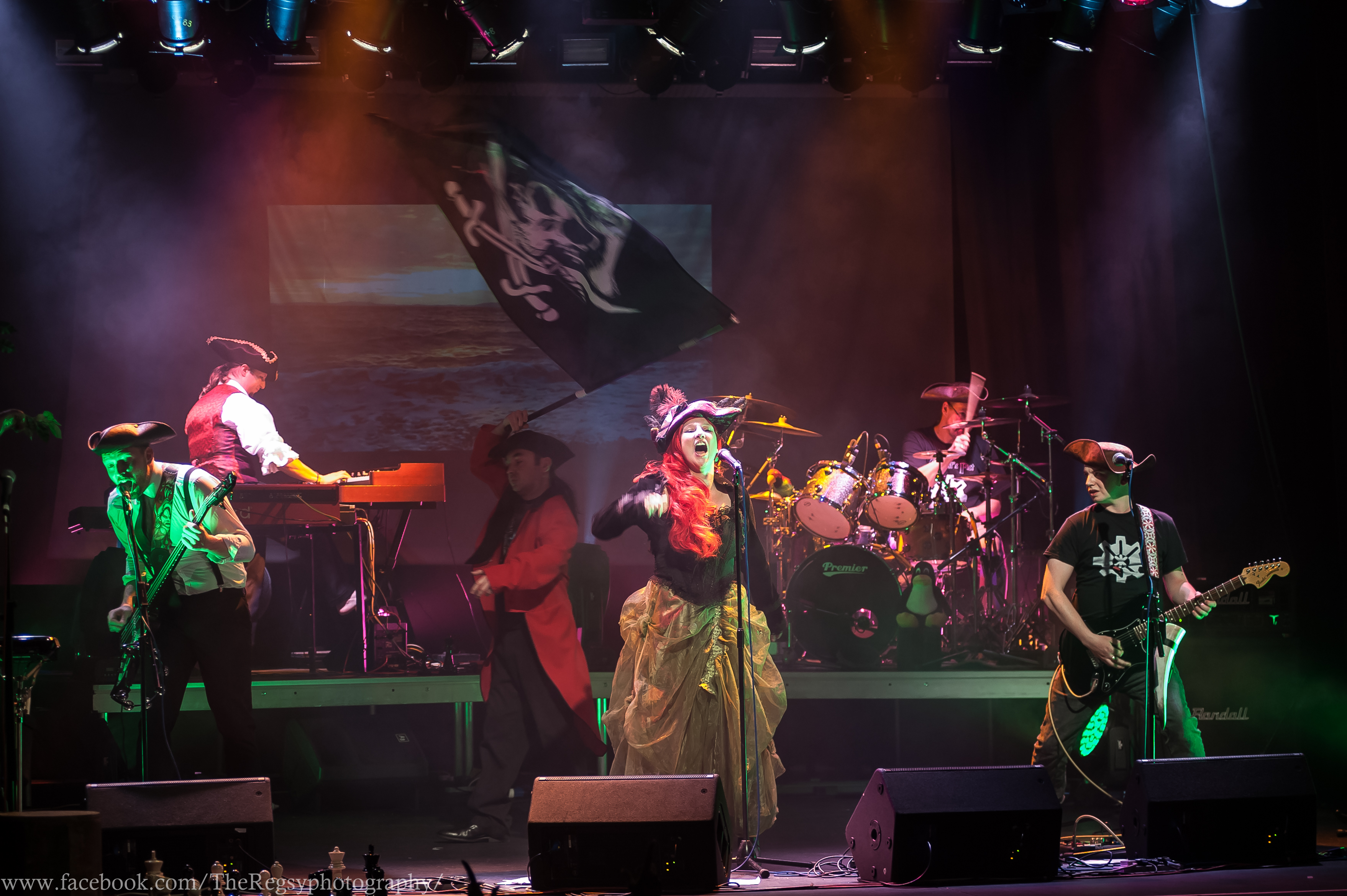 UK Medieval Space rock Pioneers, Gandalf’s Fist have just released their 6th Album, a conceptual 3-CD epic, featuring an array of guest musicians and professional actors, however their musical journey started some 11 years before…
Formed at a nightclub in 2005 when a mutual friend invented a silly band name to try and impress a geeky girl, Gandalf’s Fist was formed as the creative collaboration between multi-instrumentalist Dean Marsh and lyricist/vocalist Luke Severn.

Meeting at University and becoming good friends, drinking partners and pub-quiz teammates, the duo spent the subsequent two years releasing experimental instrumental tracks, however, the origins of their music go back much further. They start, depending on your point of view, with the golden era of Prog in the 1970s, the birth of English folk centuries before or, even in the time before time inhabited by Tolkien’s fantastical characters
... Often wondering what Tolkien himself would have to say about their rock-tinged creations, they surmised that, with a pint of Mead in hand, he would probably have said ; “Hell Yes!” And proceeded to rock his socks off!

Gandalf's Fist drew on their mutual love for classic Prog bands such as Pink Floyd and King Crimson as well as influences from the NWOBHM scene including bands like Iron Maiden. Early on, the band became increasingly captivated by bands in the resurgent neo-prog scene such as Porcupine Tree, they were inspired to try and forge their own musical identity, creating music that, whilst not appealing to the masses, (and certainly not their neighbours) was the kind of music that they, themselves, wanted to hear.

After successful releases of the LPs "Road to Darkness" and "From a Point of Existence", winning widespread acclaim for their mix of Neo-Prog, Folk and Hard Rock, Dean moved the Fist’s recording studio permanently from West Cumbria to South Norfolk whereby Gandalf's Fist released their space-rock opus:‘ A Day in the Life of a Universal Wanderer’.

The record, seemingly transmitted from a derelict space station in the far reaches of the galaxy using instruments salvaged, is a cosmic jam across space and time exploring a mythical figure from the 26th Century – ‘The Universal Wanderer’ - who’s legend tells of a figure who has wandered the cosmos from the birth of existence to the end of time.

Following the widespread recognition the record received from national publications such as Classic Rock, Prog, Fireworks and Powerplay magazines, as well as Planet Rock and Team Rock Radio, Gandalf's Fist appeared on the bill at Planet Rockstock '13 alongside the likes of Fish, Hawkwind and Uriah Heep.

The album received a great reception and was named “3rd Best Progressive Rock Album of 2014” by Classic Rock Magazine UK. All of that, however, has been dwarfed by their latest release: ‘The Clockwork Fable”.
The 3-CD conceptual tour-de-force is described as a “Prog-Rock-Mind-Movie” by the band and features Arjen Lucassen (Ayreon), Blaze Bailey (Ex-Iron Maiden) as well as some returning guests from  2014’s A Forest of Fey!

Set in the fictional world of “Cogtopolis”, each CD of the record serves as a different “act” of the story, with Dean and Luke, along with to-be-announced guest vocalists, providing the singing voices of the inhabitants. However things don’t end there; the characters are also brought to life by a 50-page script that has been professionally recorded by a range of hugely talented actors, including Mark Benton (Early Doors/Waterloo Road) and Zach Galligan (Gremlins), amongst others!

Aside from the depth of story and characters, Gandalf’s Fist have also fully developed the world of Cogtopolis. From geography, religious doctrines, even down to the language of Cypheridia, the amount of detail put into this conceptual piece is staggering, indeed, Classic Rock Magazine UK states:  …"it reduces Rick Wakeman's King Arthur to the level of a Chas & Dave Cockney knees-up…9/10"

in 2017, Following from successful live performances headlining the second stage at HRH Prog and performing their own headline theatre shows, the band were pleased to announce both touring musicians, Ben Bell (Keys) and Keri Farish (Vocals) as full time members.

As Gandalf’s Fist’s reputation continues to grow within the Prog-Rock scene it is difficult to imagine what the future holds for this merry collection of musical adventurers, but what is certain is that it will be well worth sticking around to find out!