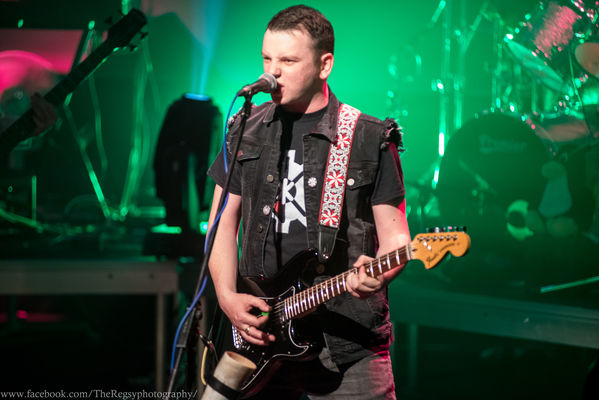 Dean began learning to play guitar as a teenager by jamming along to Maiden's The Number of the Beat and Sabbath's Master of Reality with a guitar bought as a present from his mother for not screwing up his exams.

As well as being a Pink Floyd fanatic, Dean's passion for discovering new music has led him to developing a songwriting approach that encompasses everything from NWOBHM to traditional folk and everything inbetween!

Being the chief composer and lyricist, Gandalf's Fist remains Dean's bizarre musical vision, with Dean performing guitar, bass and keyboard tracks on all of GF's early recordings (whilst throwing in some mandolin and banjo for good measure!) Even with Ben and Chris joining the band, Dean still finds time to occasionally dabble in the dark arts of Synths and Bass.

Dean also performs lead vocals on many 'Fist numbers with his eclectic vocal performances including the baritone fusion of  'The Nine Billion Names of God', the Folydian breaths of 'Emerald Eyes', the space-rock meanderings of 'Stowaway to the Mushroom Planet' and even the falsetto wails of 'Fight for the Light'.