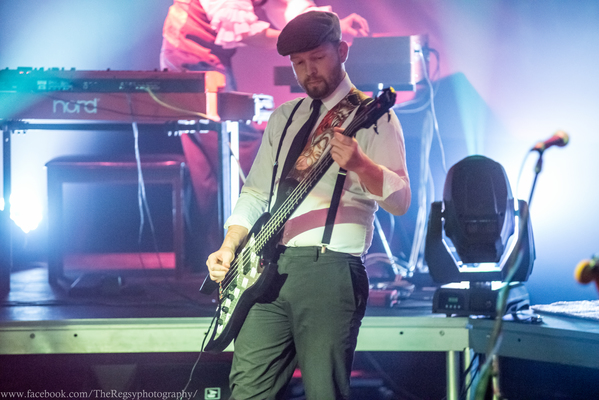 Hailing from the fine village of Langley Park, hometown of Sir Bobby Robson, as well as the digger-themed park inventively named ‘Diggerland’, rock music became an influence from an early age.
Growing up in a bedroom with a door adorned with the awesome album cover of Jethro Tull’s ‘Rock Island’, and a Dad whose list of bands seen include Led Zeppelin, Black Sabbath and The Who, rock was never far from the airwaves.

Wheened on a steady diet of rock classics from both Tommy Vance’s VH1 show as well as Ozzie Ewen compiled rock compilations, early memories of rocking out include Ozzy Osbourne’s No More Tears’, Iron Maiden’s ‘Only the Good Die Young’ and the Van Halen corker ‘Why Can’t This Be Love’!

In absolute awe of the awesomeness of the likes of Metallica and Motley Crue, the University years were often spent rocking out at rock clubs Legends and Trillians in Newcastle with another motley crew in the form of Dean Marsh and Luke Severn.

Having previously played in the local band ‘Tripwire’, the old bass guitar was sadly sat gathering dust until a call to join Gandalf’s Fist was met with a “hell yeah!” and a five hour trip across England to rock out!