Meet the Cast:  Tim Munro is “The Tinker” 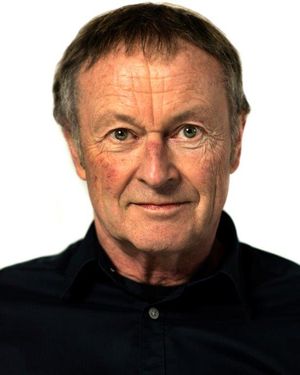 Tim comes from a long line of actors and directors and has had an extensive career in theatre, TV, film and radio. He is perhaps best known for his portrayal of Herbert Pocket in the BBC 12 part dramatization of “Great Expectations.”

He has played many good parts in countless productions including “The Anatomist,” “Dr Who” (in two time warps!), “The Bill,” “East Enders,” “The Country Diary of an Edwardian Lady,” “Running Loose,” “Casualty, “Holby Blue,” “Judge John Deed,” “Poirot,” “Nanny,””Whycliffe,” “Dangerfield,” “A Christmas Carol” and many more.
He is a commissioned writer for TV and radio, including “Boon” for Central TV.

Now, in The Clockwork Fable, Tim takes on the role of “The Tinker”, a mad inventor whose only companions are his assistant, Eve, and his clockwork child!

Here’s what Tim had to say about the part:

"I've been in Dr Who twice in my career but playing the Tinker in ‘The Clockwork Fable’ tops it. Loved working with everybody on such an ambitious project. It was a terrific script to match the brilliant music. Gandalf's Fist have created an underground maze of a world that will draw the audience into its complexity."

Tim also performs his one man show of his poems and songs and has released an absolutely fantastic album of his songs, “One Last Time,” through cdbaby.com and iTunes. Make sure you check it out!