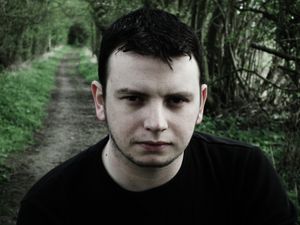 Lyrics have been a lot of fun to work on in the case of the upcoming album – either collaboratively or on my own.

In the case of the latter, I have found that the combination of the tracks we’ve been writing and the 'theme' of this record have just leant themselves to the kind of lyric that is, you know, just a blast to write! I’m an English literature graduate and teacher -  I like to muck about with phraseology and try and paint a  mental picture with our songs and this has been so easy to do this time!

The lyrical content of the new record has it's roots in the natural and the psychedelic - with much of the inspiration taking place from strolls through the stunning woodlands and forests of Britian (no doubt evident from some of the more recent promo shots!) and going into things there was the slight feeling of having to step up to the plate given the esteemed guest musicians we've got taking part on the new record!

I’ve always drawn much inspiration from Peter Sinfield – as evident from the song ‘Council of Anderson’ from our ‘Road to Darkness’ album - and I think that kind of style definitely comes to the fore on this record… not least as Luke’s contributions to the process are now as a lyricist much more than any point previously.

In the case of the former – it really is a natural process writing lyrics with Luke. Very rarely Luke will come to me with a finished song and I’ll aid in composing the music to his words – ‘The Unforgiving Sea’ from ‘Songs from the Solway’ being a good example of this – and on the upcoming record there is indeed one such song.  It’s a really interesting track in free-verse with some excellent lyrics and a catchy female vocal on the chorus – this is the also track on the album where Luke pokes his head above the songwriting parapet to put his lead vocal down.
Luke’s additional vocals add great contrast to a lot of the songs that I write but there’s usually at least one on every album where the song just screams “this one’s for Luke’s lead vocal”… Council of Anderson, Gathering of the Clouds and Nexus being prime examples!

More oft than not though we will sit down and work out the lyrics whilst we’re recording vocals. I’ll usually have nailed down a chorus by this point as well as the verse melody and we’ll just keep playing the track back and fire lines at the damn thing and tell each other when something sounds shit… we then swap our respective producer hats and Luke will try and get some good takes out of me (an oft-labored process but ‘one-take-Marsh’ has sometimes happened!)

We like to keep the concept in mind at this stage and usually this is the point in the recording process that the ‘story’ of the record will really get ironed out. This time round we’ve got a number of characters to play which has been curious when discussing lyrics; “Nah – he wouldn’t say that…” etc!

As we now live quite a distance from each other sometimes Luke will email me his lyric ideas for a track and I’ll try and weave them into my own ideas (sometimes completely bastardising them as I can be known to change a vocal melody at a whim).

It’s really nice to know that we never struggle to come up with ideas for songs – indeed, there is a 30 minute orchestral suite that we cut from ‘Road to Darkness’ called ‘The Man Behind the Curtain’ and a couple of tracks from last year’s ‘A Day in the Life of a Universal Wanderer’, that as good as they were, didn’t seem to fit in the ‘flow’ of the record to our ears. This record is no different  - we’ve got a stockpile songs that we’re leaving for next time, not least some works in progress from Stefan and Chris!

Sounds like we’re in a good place for next year’s record already! (let’s get this one out of the way first!)
More news soon!